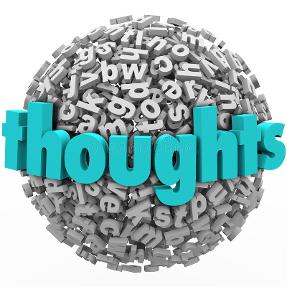 If you need someone to talk to, call us now on:

The following information has been generated from World Health Organization, Geneva, 2001.

Geneva, 4 October— One in four people in the world will be affected by mental or neurological disorders at some point in their lives. Around 450 million people currently suffer from such conditions, placing mental disorders among the leading causes of ill-health and disability worldwide.

In a new report entitled "New Understanding, New Hope" the United Nations’ health agency seeks to break this vicious cycle and urges governments to seek solutions for mental health that are already available and affordable. Governments should move away from large mental institutions and towards community health care, and integrate mental health care into primary health care and the general health care system, says WHO.

"Mental illness is not a personal failure. In fact, if there is failure, it is to be found in the way we have responded to people with mental and brain disorders," said Dr Gro Harlem Brundtland, Director-General of WHO, on releasing the World Health Report. "I hope this report will dispel long-held doubts and dogma and mark the beginning of a new public health era in the field of mental health," she added.

A lack of urgency, misinformation, and competing demands are blinding policy-makers from taking stock of a situation where mental disorders figure among the leading causes of disease and disability in the world, says WHO. Depressive disorders are already the fourth leading cause of the global disease burden. They are expected to rank second by 2020, behind ischaemic heart disease but ahead of all other diseases.

The magnitude of mental health burden is not matched by the size and effectiveness of the response it demands. Currently, more than 33% of countries allocate less than 1% of their total health budgets to mental health, with another 33% spending just 1% of their budgets on mental health. A limited range of medicines is sufficient to treat the majority of mental disorders. About 25% of countries, however, do not have the three most commonly prescribed drugs used to treat schizophrenia, depression and epilepsy at the primary health care level. There is only one psychiatrist per 100 000 people in over half the countries in the world, and 40% of countries have less than one hospital bed reserved for mental disorders per 10 000 people.

The poor often bear the greater burden of mental disorders, both in terms of the risk in having a mental disorder and the lack of access to treatment. Constant exposure to severely stressful events, dangerous living conditions, exploitation, and poor health in general all contribute to the greater vulnerability of the poor. The lack of access to affordable treatment makes the course of the illness more severe and debilitating, leading to a vicious circle of poverty and mental health disorders that is rarely broken.

The report says new knowledge can have a tremendous impact on how individuals, societies and the public health community deal with mental disorders. We now know that large mental institutions no longer represent the best option for patients and families. Such institutions lead to a loss of social skills, excessive restriction, human rights violations, dependency, and reduced opportunities for rehabilitation. Countries should move towards setting up community care alternatives in a planned manner, ensuring that such alternatives are in place even as institutions are being phased out.

"Science, ethics and experience point to clear paths to follow. In the face of this knowledge, a failure to act will reflect a lack of commitment to address mental health problems," said Dr Benedetto Saraceno, Director of WHO’s Mental Health and Substance Dependence department.

The policy directions have never been so clear, says WHO. Governments who are just starting to address mental health will need to set priorities. Choices must be made among a large number of services and a wide range of prevention and promotion strategies. WHO’s message is that every country, no matter what its resource constraints, can do something to improve the mental health of its people. What it requires is the courage and the commitment to take the necessary steps. The report is part of a year-long campaign on mental health. For the first time, multiple events at WHO including its premier report, technical discussions at the World Health Assembly and World Health Day, have all focused on one topic–mental health.

In-order to help as many people as possible Loveliveholistically needs donations as we do not receive any funding. Please donate what you can as any amount sent will be appreciated.

By donating, you will be contributing to an organisation that is determined to help as many people as possible.

If you need someone to talk to, call us now on:

My Name is Dr. Angela Scott, I am a mother of six children and a psychologist. I believe that with help, each person can reach their best potential. Be in the best of health, achieve their purpose and make a living from their passion. My journey has not been an easy one, here I mention a few of the bumps along my path, such as being a single mother at 17 years old, the death of my 16 year old daughter, evictions, studies, work place bullying, failed marriages and nursing my son out of a coma. I have arrived at a point in my life, where I feel that I may be able to help people over the humps in their road.

I have worked in care for 30 years being of aid to young people with mental health issues, those with physical disabilities and others with behavioural problems. My work has taken me to Homeless women who had mental health issues. As a counsellor I have worked with adults, some of which were recovering from alcohol and drug addictions, also with the Elderly, ‘End of life’ patients and their families. I havewritten a few books which can be found here amazon.com/author/angescott.

Leave me a message.

Get in touch with any quires you may have DrScott@loveliveholistically.com

I created 'Thoughts' out of a need to help people with Mental Health Issues over the phone. I live in the UK and found that many of the 'places to go' turned their phones off at the end of the business day. Many people who have mental health issues feel isolated and alone at night i.e when most places are closed. When they do find a 'place' they could call, they are directed to the local A&E Department. Thoughts aim to be there, at the end of the phone,  when other services close. Our service is FREE so we ask for a donation, if you have one. This will help us continue what we do best, listen.If you know someone who could benefit from a chat, give them our number

I wish you great Mental health