The God of my rock; in him will I trust: he is my shield, and the horn of my salvation, my high tower, and my refuge, my saviour; thou savest me from violence. 2 Samuel 22:3 KJV

I have often asked God, why was I always on my own when things got really ‘bad’ in my life. When the eviction notices came in, when the bailiff letters were hand delivered, when the electric went off on Sunday evening and there was no money until Monday morning around 9am when the post office opened. Or when my son had yet another asthma attack, but this time the ambulance had to work on him for ten minutes before they could transport him to the hospital. I could go on and on but it would serve no purpose here. The people around me, were my children. Maybe I expected a knight in shinning armour to stop the evictions, to pay the outstanding debt to stop the bailiff or to be there to put some money on my electric key……Maybe not.

I knew very long ago that I had to and would look after myself. At 17 years old I took up residence in a hostel for the homeless with my six week old baby. I knew that she had to be taken care of, and I knew that I was the one to do it.

As my marriages broke down and I had had more babies, I knew that I had to take care of all those babies….No knight in shinning armour, I had left him. He didn’t even leave a shinny penny to help care for these babies, I had to take myself and him to court in-order to get that Penny.

Watching my children’s education and ensuring that they were given all the best help they needed, whether that was in main stream school or private tuition. My fighting continued after my children left school. But this blog is not about my fight. The examples sighted above are times when I could have used that knight in shinning armour to come riding in on his beautiful Black horse to rescue me. Instead I found myself in a boxing ring with gloves on, hearing the bell sound for the next round. I and I alone had to come out fighting or be knocked out. I alone was responsible for getting us another home to live in. I alone had to negotiate with the bailiffs. I alone had to stand up for my childs’ right to be taken out of mainstream school and given private tuition. That was a tough one, the school authorities threatened me with prison as I had kept my son out of school for a year, following a far too often ‘restraining’ regime at the school. I had to rescue my children and myself.

I am not sure who I could have asked for help or to fight my battles for me. I had fought my baby daddies, I didn’t have any friends who were in a position to help, on top of that, I am told that I am very proud and didn’t even consider asking anyone to fight my battles. I felt that I was responsible for the fight I had created. No one created the grand event of THE BAILIFFS ARE COMING No one created the event of YOU ARE EVICTED or the fact that your child needs you, and only you can stand up and fight for him. There you have it. I had to rescue myself. I do hope you never find yourself in the type of ring I found myself, and if you do I hope you have someone or some people to help you. Having a tag team would be great! 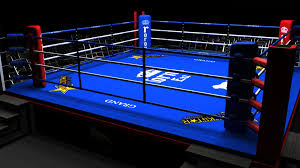 Some of us have that someone who has their back. Some of us have a team of people they can turn to. There are others that have ‘people’ around them, and that’s all they are ‘people’. In all those instances you are still here to be counted, you are really alone. With a crowd of people in your corner you still may find yourself standing in that ring, boxing gloves on, gum shield in and maybe protective head gear. The bell sounds and you see your opponent (The bailiff, the eviction date) coming for you. What do you do? Stand there looking at your tag team or the crowd of people in your corner? My instincts tells me to put my hands up to shield my face and step forward because we are going to fight. I never have the urge to close my eyes and take a swing, I tend to know where I am going to aim. In all the above scenario’s, while standing there in the ring staring at your opponent, you are thinking of rescuing yourself. You are going to save YOU. At no point do you feel that you are going to stand there and get knocked out (well I hope not). What do you do when you find yourself in a ring, gloved up and the bell rings? Blog@loveliveholistically.com Take five minutes to think about it. Do you find that you always look to others to fight your battles, you may have another word for ‘fight your battles’, It may sound something like this  “s/he will know what to do” or it maybe “s/he will sort it out” If that is what you find yourself saying, contact me Blog@loveliveholistically.com If you are in the ‘I don’t have battles like that’ group, or the ‘My partner and I fight our battles together’ camp then thank your blessings.

Most battles in my life, I have had to fight myself. There are some battles only you can fight. Like those silent battles that your partner, friends or family members don’t know about? Blog@loveliveholistically.com Take five minutes. Who fight those battles for you?

Your opponent is so well protected because you have managed to shield this part of you so well. Protected from everyone around you and most of the time from yourself.

Who rescues you from YOU?

There are no crowds, no referee and no bell. You are staring at you on the other side of the ring and you know it’s time to fight, who do you turn to? Blog@loveliveholistically.com You go within to rescue you.

Your opponent is protected but you are not, doesn’t seem to be a fair fight does it? Let’s even up the odds a little. Let’s disrobed your opponent. The head gear of your opponent is guilt, take off the head gear and throw it out of the ring. That guilt you feel about the secret you have been holding. The guilt about how you feel about yourself. The guilt you feel about what you believe you should be doing and the guilty feelings about your inabilities. By throwing your guilt feelings out of the ring you can begin to release some of that guilt around your issues.

Now disrobe your opponent of shame by taking out the gum shield. Lies and deception can be thrown out of the ring by removing the gloves and failure will lesson by taking off the hook and loop sparring protector from your opponent and discarding it. You are now in-front of an opponent with a fighting chance of winning and rescuing you. With less guilt, shame, the memory of the lies told and deception used to hide your secret or to feed your habit, as well as thoughts of failure all thrown to one side. You can now begin your journey of healing. We all have secrets or have done things we would rather not talk about, because of the feelings they conjure up. We use guilt, shame and the memories to beat ourselves up. You have just completed a task that will help you to move forward, take this opportunity to ask for help, seek out a therapist, your go to person or contact me DrScott@loveliveholistically.com. Making that first step, which is the biggest, will start you on the road to rescuing yourself.

Now not all rescues are straight forward, they will be bumps in the road, so prepare for some slip ups, you may have to climb some rough terrain, but you’ll get there in the end, some rescues take more than one person battling on their own. Seek help and be patient.

Having the ability to heal yourself or to get help in-order to begin your healing journey, is like being ship wrecked, seeing a boat, swimming towards it and climbing in. You have done your part towards rescuing yourself.

There are some times in your life when only you can rescue you. Be aware of those times,so you don’t waste time looking around for a tag team or a knight in shining armour.

Look Out For My Next Blog

Are You a Catalyst?

Leave your name and an email address with any question you may  have, and I will personally get back to you as soon as I can. Look forward to hearing from you.

SIGN UP FOR AN EMAIL, LETTING YOU KNOW WHEN THE NEXT BLOG IS OUT.